The World Heritage Committee of the United Nations Educational, Scientific and Cultural Organization (UNESCO) decided, during its forty-fourth session, held virtually in China, to approve the addition of the city of As-Salt, "the city of tolerance and civilized hospitality" to the World Heritage List.

The Minister of Tourism and Antiquities, Nayef Al-Fayez, said during his participation in the committee's meetings virtually on Tuesday that the city of As-Salt is among the kingdom's top priorities because of its importance in demonstrating the characteristics of tolerance, coexistence and social care among its residents.

Al-Fayez added that Jordan and the World Heritage Committee (UNESCO) today send an important message to the whole world: a message of peace, tolerance and coexistence in line with His Majesty King Abdullah II's speech at the 2019 International Conference on Cohesive Societies in Singapore, in which His Majesty stressed that "the attack on interfaith harmony and peaceful coexistence is the most important threat in the world, which requires everyone to join forces to resist hatred and exclusion."

The meeting of the World Heritage Committee (UNESCO) to approve the inclusion of the city of As-Salt on the World Heritage List was attended by the Secretary-General of the Ministry of Tourism and Antiquities, Dr. Imad Hijazin, the Managing Director of the Jordan Tourism Board, Dr. Abed Al Razzaq Arabiyat, the former Minister of Municipalities Maher Abu Al-Samin and the former Minister of Interior Ghaleb Al-Zoubi, Director of the United Nations Education Office (UNESCO) in Jordan Min Jong Kim, Chairman of the Board of Commissioners of the Petra Development and Tourism Authority Dr. Suleiman Al-Farajat, Director General of the Baptism Site Commission, Engineer Rustom Mkhjian and representatives of the Ministries of Foreign Affairs and Education. 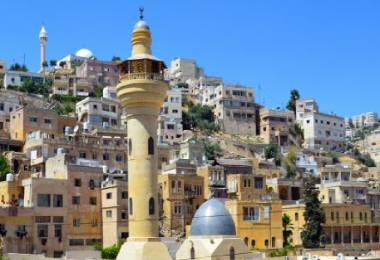