Amman, Oct. 12 (Petra) -- A tourism promotion campaign organized by the Jordan Tourism Board (JTB) has kicked off in Europe in a bid to boost tourist numbers and educate Europeans on the Kingdom's touristic features, Minister of Tourism and JTB Chairman Nayef Al Fayez announced Wednesday.

In a JTB statement, Fayez underlined the significance of the campaign, which will run through October and next November, especially during this time of year when the tourism season begins in areas of mild temperature in the Kingdom, and its effect on the expected number of tourists.

The promotion campaign in these countries also highlights Royal Jordanian as the national carrier, he added, noting that it also included advertisements on public transportation vehicles and in shopping centers, bus stops, and metro stations, in addition to billboards in bustling areas such as the Duomo in Milan, Italy, and Manchester Piccadilly station in the United Kingdom. 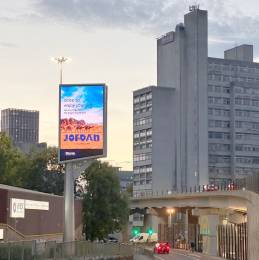