Site of the famous miracle of the Gadarene swine, Gadara was renowned in its time as a cultural centre. It was the home of several classical poets and philosophers, including Theodorus, founder of a rhetorical school in Rome, and was once called “a new Athens” by a poet. Perched on a splendid hilltop overlooking the Jordan Valley and the Sea of Galilee, Gadara is known today as Umm Qais, and boasts an impressive colonnaded street, a vaulted terrace, and the ruins of two theatres. You can take in the sights and then dine on the terrace of a fine restaurant with a breathtaking view.
Pro-tip: While some tourists drive directly from Amman to Umm Qais, most take the opportunity to visit Jerash or Ajloun along the way

Umm Qais, has been named among the ‘Best Tourism Villages 2022’ by the World Tourism Organization (UNWTO), as a recognition of its commitment to innovation and sustainability.

The museum, which is located in one of the houses in the Ottoman village of Umm Qais, composed of two exhibition halls. In the first hall, various ceramics dating from the Hellenistic up to the Islamic periods are on display, along with finds from the tombs at Umm Qais.

The second hall is dedicated to statuary, mostly from the Roman period. Into the large courtyard, basalt sarcophagi, column capitals and bases, two basalt gates, mosaics and the famous seated Tyche were moved from the site. 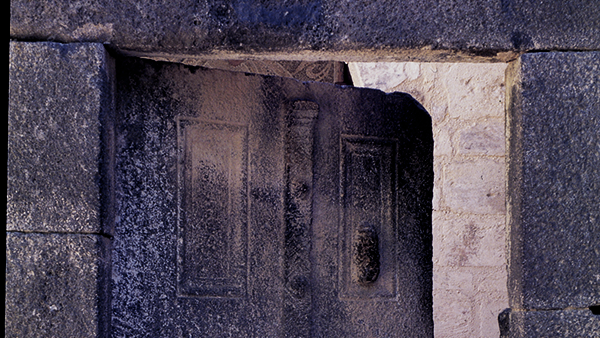 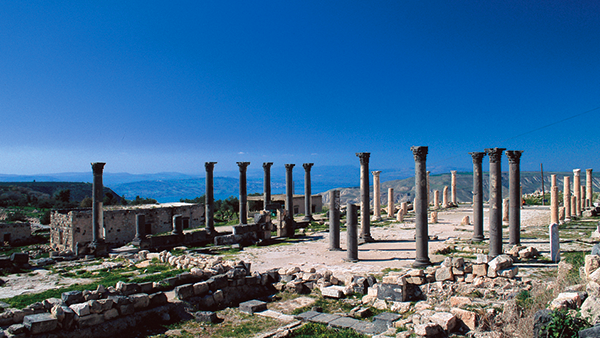 Umm Qais (Gadara), built using stunning black basalt stones, was one of the cities of the Decapolis, planned with a Roman city layout. The Ottoman village on top of part of the ancient city was acquired by the Department of Antiquities who now has several excavation and conservation projects at the site, including the restoration of the main (west) theatre.

The location of Umm Qais is particularly significant. Visitors to the site can view the Syrian Golan Heights, Mount Hermon, Lake Tiberias and the north Palestinian plains.

Understand the phrase “busy as a bee” while you stroll through the Beekeeping Site in full gear. The beekeeper, will introduce you to the fascinating queendom of bees before permitting a sneak peek into the hives.

Their end product is a naturally sweet and additive free honey, which changes in taste depending on the year. He harvests the honey about three times a year and he welcomes any help from interested guests. Contact us for more information about the harvest season and the honey harvest experience. 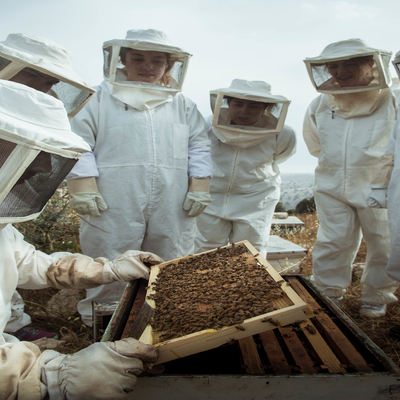 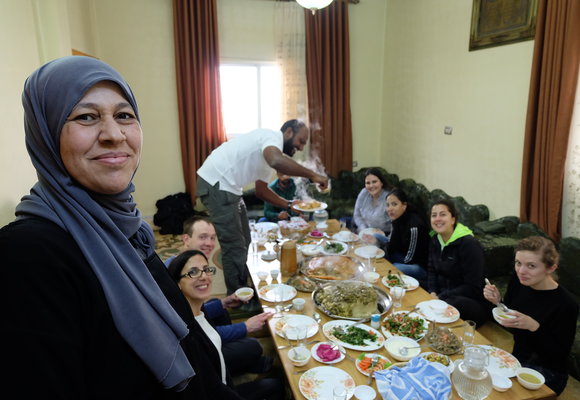 Visit the home of a local chef for an authentic experience with great farm to table dishes that represent Jordan and the northern region. Relax on Arabic cushions and share stories while you wait for the unique taste of northern Jordan.

Northern Jordan is rich with bio-diversity and is known for its flavorful local food. The food is all locally sourced and prepared freshly upon your arrival.