The nature of the land has for centuries shaped the nature of its inhabitants; and the nature of the land here has inspired hospitable people, varied local cuisine and remarkable experiences. The variety in landscape also inspires locals and guests to go on safaris, watch migratory birds on their seasonal movements, observe endangered species in their natural habitats, search for rare flowers in the valleys and hills, enjoy some horseback riding, or trek around the Kingdom.

In Jordan you will be able to hike through canyons, and descend stunning waterfalls in the middle of untouched nature, climb cliffs and mountains to reach breathtaking views, bike through the roads of history’s kings and emperors and so much more. 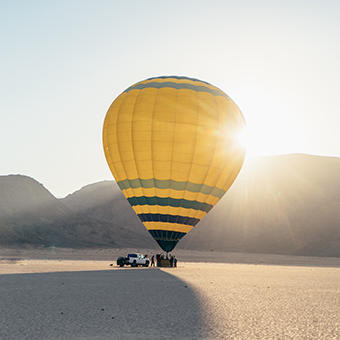 A maze of monolithic rockscapes rises up from the desert floor to heights of 1,750m creating a natural challenge for serious mountaineers. Hikers can enjoy the tranquility of the boundless empty spaces and explore canyons to discover 4000-year-old rock drawings and the many other spectacular treasures this vast wilderness holds in store. There are several options for exploring Wadi Rum. Visitors should head to the Visitors Centre where, apart from visitors’ facilities, they can hire a 4x4 vehicle, together with driver/guide, and then drive for two or three hours into the protected area to explore some of the best known sites. Alternatively they can hire a camel and guide. The duration of the trip can be arranged beforehand through the Visitors Centre, as can a stay under the stars in a Bedouin tent, where they can enjoy a traditional campfire meal accompanied by Arabic music. 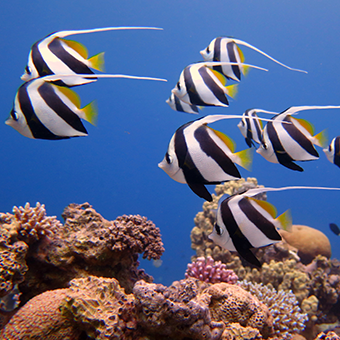 The Gulf of Aqaba is famous for its marine wildlife. It is the north-eastern arm of the Red Sea, measuring a length of 180km and expanding to a width of 25km, with a shoreline shared by Egypt, Saudi Arabia, Israel, and Jordan. The Gulf of Aqaba has the world’s northernmost coral reef ecosystem. An average water temperature of °23 Celsius, the absence of stormy weather, and mild water currents have created a hospitable environment for the growth of corals. Favorable salinity levels are perfect for the myriads of other marine life-forms. As a result, it is home to 110 species of soft corals and 120 species of hard corals. The reefs that fringe the Gulf host over 1,000 species of fish, corals, crustaceans, and mammals living in its waters. Nocturnal animals such as the crab, shrimp, and lobster appear in search of food in the dark hours of the night. Seasonal visitors to the Gulf of Aqaba include sea turtles, dolphins, sea cows, and harmless whale sharks. 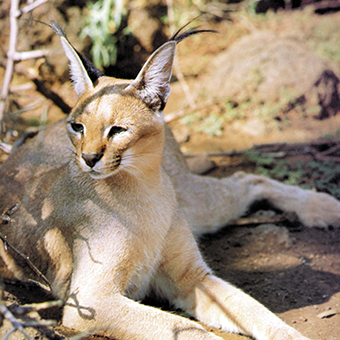 Dana is an unparalleled haven of peace and tranquility, and an extraordinary world of natural treasures. It is an experience that defines the meaning of the phrase “going back to nature.” The Dana Biosphere Reserve has been identified by Birdlife International as an Important Bird Area (IBA). Here you can meditate amid the quiet stillness of the mountains, sleep under the stars, enjoy fresh air and cooling breezes, or track the footprints of the marvelous wildlife endemic to this terrain. There is a whole wilderness to explore and a variety of flora and fauna to be discovered. Moreover, visitors have the opportunity to meet and get to know the native people of Dana; the kind and hospitable Ata’ta tribe, who have made this their home for the past 400 years, continuing the tradition of settlement in the area that began more than 6,000 years ago. 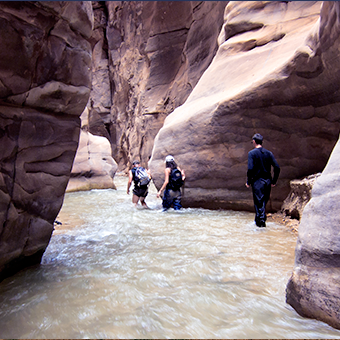 The Mujib Biosphere Reserve is the lowest nature reserve in the world, with a spectacular array of scenery near the east coast of the Dead Sea. The Reserve is located within the deep Wadi Mujib gorge, which enters the Dead Sea at 410m below sea level. The Reserve extends to the Karak and Madaba mountains to the north and south, reaching 900 metres above sea level in some places. This 1,300m variation in elevation, combined with the valley's year- round water flow from seven tributaries, means that Wadi Mujib enjoys a magnificent bio-diversity that is still being explored and documented today. Over 300 species of plants, 10 species of carnivores and numerous species of permanent and migratory birds have been recorded. Some of the remote mountain and valley areas are difficult to reach, and thus offer safe havens for rare species of cats, goats and other mountain animals. Mujib's sandstone cliffs are an ideal habitat for one of the most beautiful mountain goats in the world, the horned Ibex. Note: Wadi Mujib and canyons all around the Kingdom are closed during the winter months.