Amman, the capital of Jordan, is a fascinating city of contrasts – a unique blend of old and new, situated on a hilly area between the desert and the fertile Jordan Valley. In the commercial heart of the city, ultra-modern buildings, hotels, restaurants, art galleries and boutiques rub shoulders comfortably with traditional coffee shops and tiny artisan workshops. Amman’s neighborhoods are diverse and range in cultural and historical context from the hustle and bustle of the downtown markets, to the art galleries of Jabal Al Lweibdeh and the modern shopping district of Abdali.

The King Hussein Bin Talal Mosque, named after the late King, is the largest mosque in the Kingdom. Its architecture reflects the Umayyad style prevalent in several sites in Jordan. 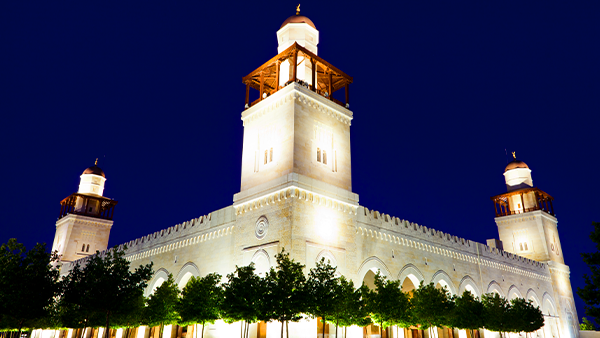 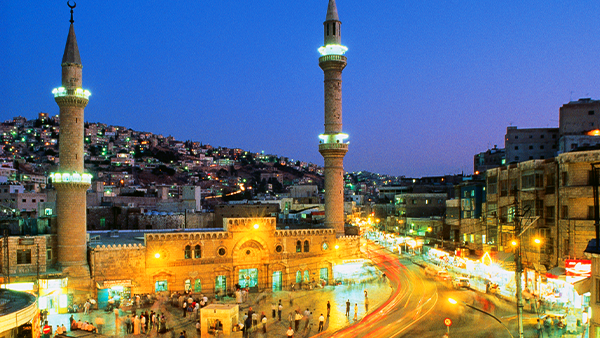 The mosque was built by the late King Abdullah I in 1924 on the site of a much older mosque. It’s conveniently located downtown near the traditional souqs and street food vendors.

Built as a memorial by the Late King Hussein to his grandfather, the unmistakable blue-domed mosque can ost up to 7000 worshippers inside and another 3000 in the courtyard area. 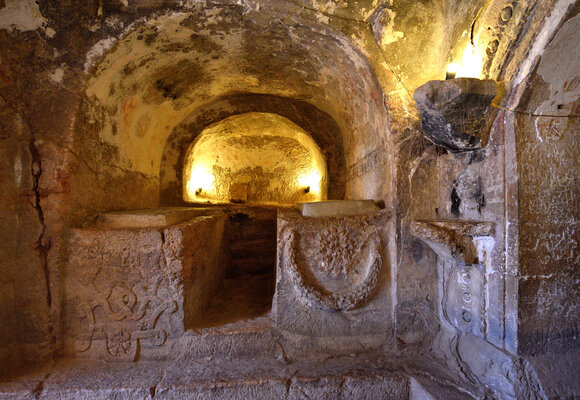 The cave of the seven sleepers

Mentioned in the Holy Qur’an in Surat Al-Kahf (the Cave), the cave of the sleepers is a historic religious site of great importance in Jordan, located outside Rajib Village in East Amman.

The sleepers involve Christian boys who were persecuted by the Roman Emperor Trajan and then escaped to a cave, where they had slept for 309 years.Today, the tombs of the men are still visible inside the cave, where you can peep inside the tombs to see the skeletal remains of the sleepers and their dog. The cave is also surrounded by Byzantine and Roman ruins as well as a mosque – exactly as described in the Holy Qur’an.